The popular TV show “Once Upon A Time” has come to a close after 7 seasons. As many of you know, it was filmed in and around Vancouver for the duration of it’s run. Emily was lucky enough to be hired to work on this show many times. She was often called upon to create something out of the ordinary and unique. Some of the projects included countless mid-evil cakes, a seafood buffet (that contained no real seafood!), a towering macaroon topiary, plenty of pies, and faux chocolate soufflés. Emily feels so lucky to have played a small role in this magic over the years and work with such an awesome crew! Thanks for everything guys!

She crafted a towering tiered cake – nine fondant cakes total including the separators. On set, Emily and her sister, Melissa, delicately placed hundreds of flowers in between the tiers and billowing on the top. Emily also made several single tiered raspberry filled vanilla cakes that were served and eaten during the scene.

It was a huge project that ended up being a ton of fun! We’re grateful for the opportunity!

A styled shoot we collaborated on in Alberta last year is featured on the Wedluxe Magazine website! The wedding set up was inspired by Queen Elizabeth I.

We shot at two dreamy locations – the Fairmont Chateau Lake Louise and Fairmont Banff Springs. It was such a fun day getting to meet and work with such a talented group of vendors. View more images from the day and see additional vendors here. 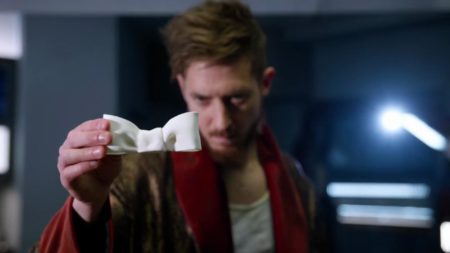 We finally caught the episode of DC’s “Legends of Tomorrow” that featured bunch of our cakes and decorations. Our work can be seen in “Doomsworld”, season 2 episode 16 of the show. The character Rip Hunter can be found in the Waverider drunkenly perfecting his cake decorating skills.

Did you catch the episode? 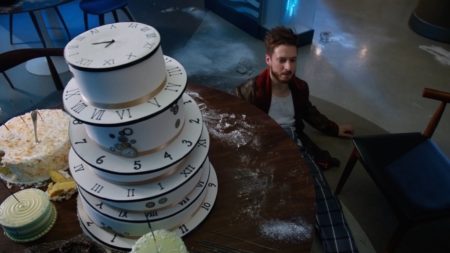 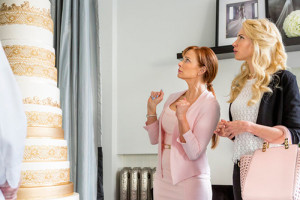 It seems as soon as wedding season ends we are bombarded with orders for film stuff – which we LOVE. It’s always something fun and different, and definitely a nice change of pace after the summer months. Lately we have been up to our ears with it, creating everything from magical cupcake bouquets to elaborate tiered cakes to hundreds of fondant mini cakes.

See our work featured regularly in “Once Upon A Time” and new seasons of “Girlfriend’s Guide to Divorce”, as well as smaller jobs on shows like “No Tomorrow”, “The Magicians”, “The Arrangement”, “Everything Everything”, and a couple of much anticipated block busters soon to be released…! 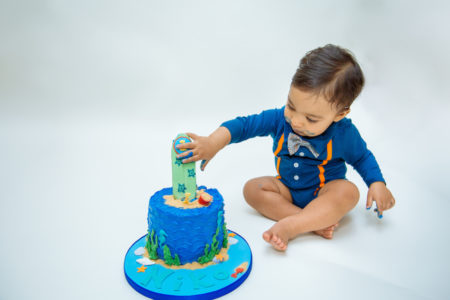 We have been featured by VancouverMom for their picks on where to buy 1st birthday smash cakes! These sessions are always so much fun and are definitely recommended for anyone with a little one celebrating this milestone.

We often provide cakes to our friends at Family Creative Imagery for a full photography session. They generally do single portrait and family photos before everything gets messy -then let the kids go to town! The cost of these sessions start at $349 which includes the cake. If you’re interested in booking one click here. 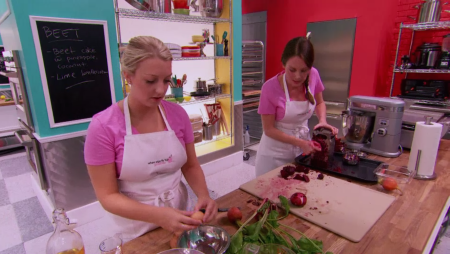 When Pigs Fly Pastries was selected to compete on a new baking show called “Sugar Showdown”. We were flown to Toronto for a whirlwind trip to film in July. It was lots of fun and we met some awesome people – especially the other competitors surprisingly enough! Although we did quickly learn that cooking shows are much harder than they look on TV! This was a tough competition and it really tested our abilities when we given BEETS as our secret ingredient. We ended up doing a play on a carrot cake – switching out the grated carrots with grated beets, and adding pineapple, coconut and some lime buttercream to give it a tropical twist! 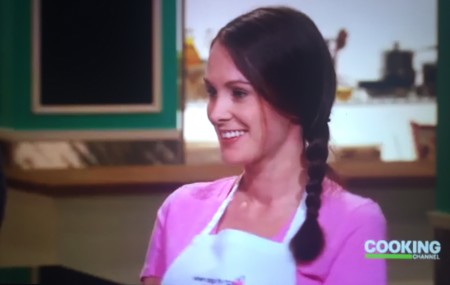 The episode aired on Cooking Channel in the States in January, and just recently aired on Food Network Canada. Since the show we have been overrun with lovely messages from clients, industry pros, friends, family & even perfect strangers! What a dream come true to compete, but having all of your support made it that much sweeter. We cannot wait to compete again! 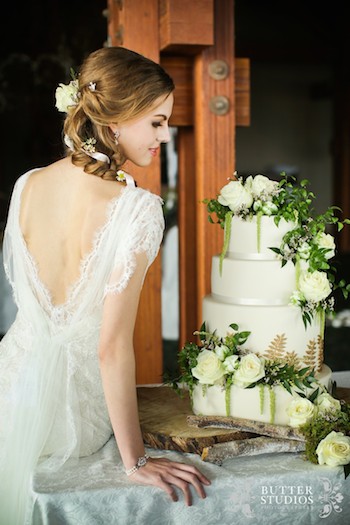 Our “Whimsical Forest” themed shoot has been featured by Tutu & Fru. It was such a blast being able to meet and work with so many talented vendors. Have a look at the full shoot here. 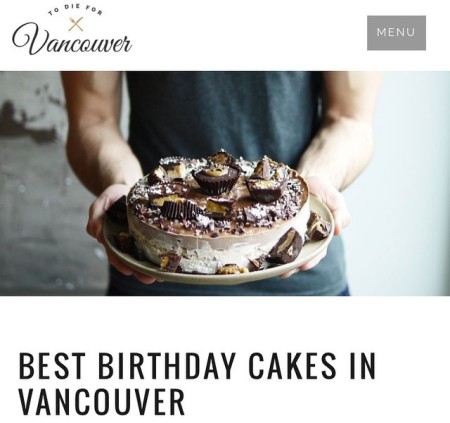 We’re excited to be included in Erin Ireland’s newest To Die For list for Best Birthday Cakes in Vancouver. It’s an honour to be recognized alongside these other awesome cake bakeries in our city! Thanks, Erin! 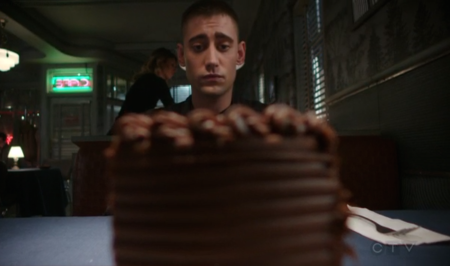 Did you spot our cake on Sunday’s episode of Once Upon A Time?

Will appeared to have a serious case of food envy when Belle declared to him “You have to try some of this cake – it’s delicious!” 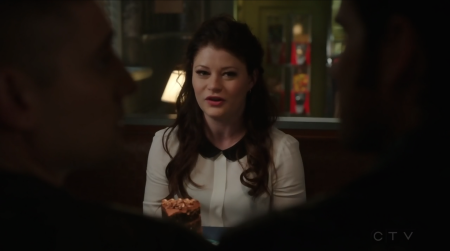 Glad to know Belle – or maybe even actress Emilie de Ravin – is a fan of our chocolate fudge cake!