The Professional BC Wedding Awards are the longest running wedding industry awards in Canada. This event is a celebration of BC’s dynamic and creative wedding industry and When Pigs Fly Pastries was thrilled to be in the running for the 2014 Awards. Amongst the entries received from across the province, we were proud to be selected as one of the top three finalists for Best Wedding Cake in BC!
As first-timers to the Awards, this was an exciting achievement for us and it was a true pleasure to connect with other professionals who inject passion into the industry. Thank you to all of the couples we worked with in 2014 who put their trust in us for their special day. Also, sincere thanks to Amber Hughes Photography. Amber provided us with the exceptional photos she captured from Adrian & Clelia’s wedding, which was our recognized entry for the Awards. Can’t wait until next year! 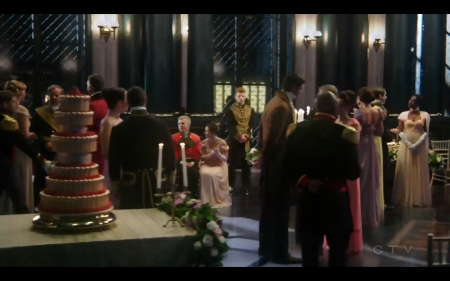 We’ve been preparing goodies for film sets again! Although sometimes scenes we work on end up on the cutting room floor, other times we are able to catch glimpse’s of them on our favourite shows.
Check out this Charlotte inspired lady finger cake that we created for a king’s ball that took place in “Once Upon A Time“.

We also created a few extra tiers to be cut and served for a later scene. They were to be a “raspberry champagne buttercream cake”. The best part of the scene is when the actress says “you have to try this cake – the royal baker really outdid [her]self!” – too funny! 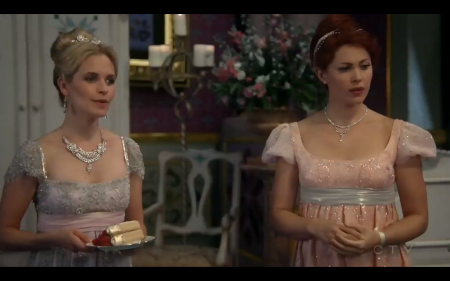