A few of the weddings we did last year have recently been featured on weddingbells.ca and wedluxe.com! Check out the following links for all the gorgeous pictures of both these weddings. 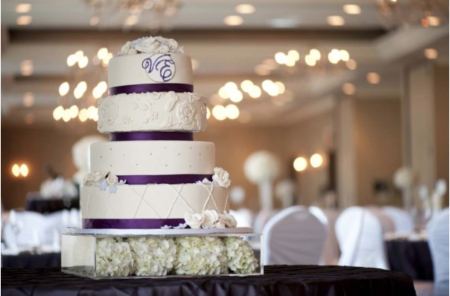 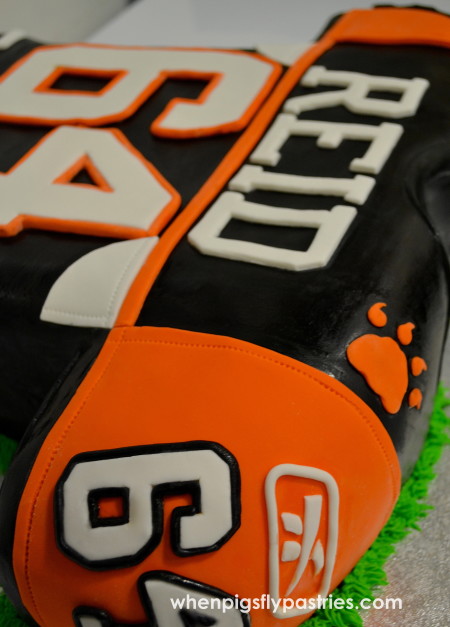 This past week we were so excited to be making the retirement cake for local football legend Angus Reid of the BC Lions!

Richmond boy Angus had been a well-known name to the city of Vancouver for over a decade now, playing since 2001. Although his football career may have had a rocky start due to health problems – he pushed through, breaking all barriers and showing everyone exactly what he was made of. As an offensive linesman he appeared in over 200 regular season games, 11 playoff contests, and 3 Grey Cup games with the BC Lions (winning 2 of the 3). 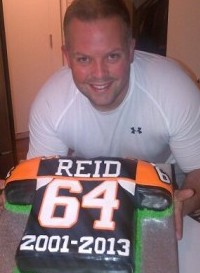 The veteran ended a 13 year long CFL career with a celebration with family, friends, colleagues and media at Ceili’s Pub in Kitsilano. We created 64 mini cupcakes decked out in Lions colours and his number. We also created a large recreation of one of his jerseys. Throughout the event we were excited to see a number of tweets from party go-ers about the cake and cupcakes, including a few from Angus himself. (See our favourite tweet below)

Congratulations on an amazing career, Angus! You are a great inspiration for every child looking to follow their dreams – with enough determination and will power anything is possible. All the best for the years to come! 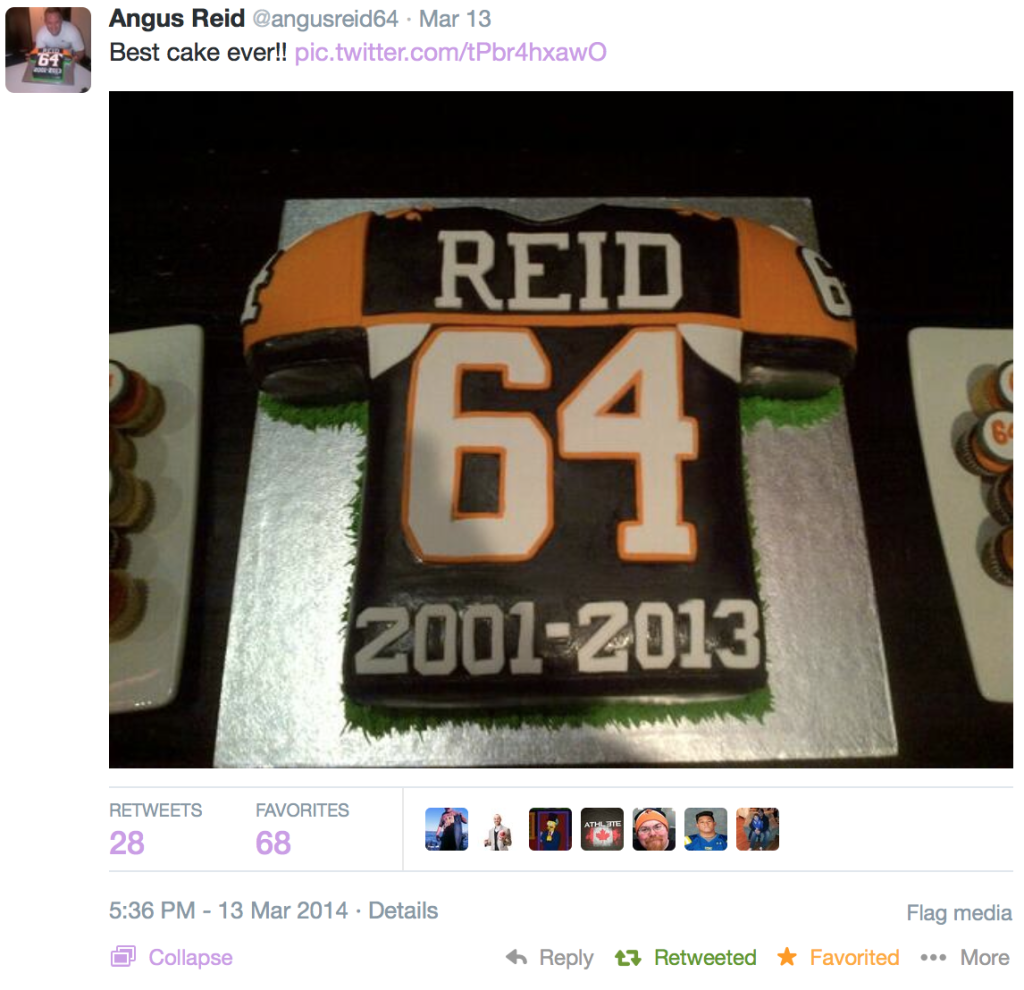 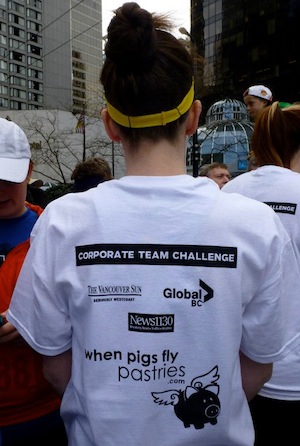 We will be participating in the annual Vancouver Sun Run as our second year as a corporate team! This year, with it being the Sun Run’s 30th anniversary, teams were giving the option to fundraise for a charity. When Pigs Fly Pastries has chosen to raise funds for the Heart & Stroke Foundation as it is something that is near and dear to hearts of many of the team members. Donations will support research that can help save lives. Let’s work together to terminate heart disease and stroke.
To place a donation towards our team please click here. To view Emily’s personal page and story, click here. Thank you in advance to anyone who is able to contribute – any amount, no matter how big or small, will make a difference!

If you’d like to join our team please contact Emily – the more the merrier, and all are welcome! Team registrations end on March 28th, 2014.